The testing and certification of explosives detection systems in a realistic testing environment is essential for security services and end users such as airport operators who require reliable performance data. The selection of the devices used in the aviation security sector, which is based on these results, ensures a uniform security standard throughout Europe.

In a context of increasing terrorist threats, which mainly focus on targets that generate maximum public and media attention, the European Commission decided to introduce safety precautions in the field of civil aviation. One direct measure in 2006 was the prohibition of liquids in hand luggage. At the same time various security research programs were initiated and the European Civil Aviation Conference (ECAC), as an experienced institution in the field of civil aviation security, received a mandate to create an evaluation process for detection systems. This process allows an objective assessment of the performance and offers a direct comparison between the devices. The certification of the devices is based on the test results obtained by the EU Member States. The goal will be to introduce a standardized security system in the airports of all EU Member States.

In cooperation with the German Federal Police, Fraunhofer ICT established the National Test Center for the Evaluation of Explosives Detection Systems. Commissioned by the ECAC, we test and certify the detection systems used in European airports. In the context of a European collaboration Fraunhofer ICT played a significant role in developing the standardized testing method, in particular the security concept and stability investigations into liquid explosives (IEs - improvised explosive mixtures), and the preparation of particulate traces of explosives.
Fraunhofer ICT also offers the manufacturers of explosives detection systems the possibility to conduct private measurement series using tailored testing scenarios, in which the basic parameters of various explosives can be measured. The test methods available cover the following categories of detection systems for liquid and solid explosives and particulate and gaseous traces of explosives.

Manufacturers apply directly to the ECAC office, under the framework of the ECAC's "common evaluation process" (ECAC-CEP). The manufacturers of systems undergoing certification tests receive limited feedback after the test. Further documentation is only available at the ECAC secretariat, in the form of classified reports showing the performance results established by the test center. Systems which have not yet achieved the defined performance standard can retake the certification test after system development or, in some specific cases, can take a so-called "simulated retest" (SRT) on the basis of a raw data set from experimental testing.

Service offer of the test center

Fraunhofer ICT's test center offers manufacturers the chance to assess the detection performance of their system on site, in preparation for an official certification test or as guidance for further enhancements. The assessment can be carried out according to a standardized protocol (ICT-TEST), or a tailored testing protocol. As an alternative, the system can be tested in an early development phase (e.g. establishment of a database).

Depending on the type of system, the manufacturer can choose between a multitude of solid, liquid or traces of explosives from the commercial or military sectors, as well as so-called "home made" explosives. Unconventional requirements can also be considered, such as the provision of unmarked explosives for training sniffer dogs. Real test scenarios such as the detection of explosives in hand luggage can be carried out using a representative set of suitcases. In addition, a representative selection of different surface materials is available, which enable particulate surface samples to be simulated for detection using explosives detectors. Besides conventional explosives, so-called false alarm or extraneous materials are available, for example a set of substances leading to false alarms in liquid explosives testing, which consists of 500 samples like tin cans, care products, spirits etc. The resulting laboratory false alarm rate provides an impression of later application. The customer receives a detailed test report as well as the complete raw data set.

Besides direct services offered by the test center, we also offer training to security personnel (bomb disposal units) in the field of home-made explosives. 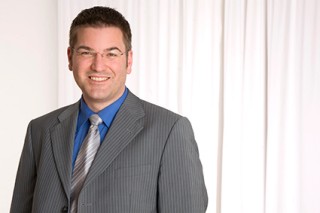